Australian MUSCLE CAR (AMC) magazine is a proudly Australian publication dedicated to preserving the legend of our unique ‘Australian-made’ Ford vs Holden muscle car history: the heritage of homegrown high-performance.

The Aussie muscle car era kicked off in the late 1960s when the battle for the Bathurst classic ignited between Holden and Ford – a contest which continued almost unabated for the next half a century. AMC magazine is a celebration of the high-performance Holden and Fords (and Valiants) of the 1960s, ‘70s and beyond – the classic Holden Monaros, Toranas, Commodores and Ford Falcons that so captured the imagination of a generation of young Australians that they’ve become part of the fabric of the social history of Australia. But it’s not just the cars, it’s also the people behind the scenes who made them happen: the designers, the engineers and the mechanics – and, of course, the drivers who raced them on the Mountain.

To purchase the current or previous issues, please click here. SUBSCRIBE FOR YOUR CHANCE TO WIN 1 OF 25 SPECIAL EDDITIONS!

Subscribe to Australian Muscle Car for 2 years for a chance to WIN 1of 25 copies of Supercars the Holden VS Ford Era valued at $39.99!

Relive the drama of the phenomenal Supercars Series that has taken Australia by storm since the category’s first race in 1993. Supercars brings to life all the clashes and smashes, unexpected developments and the magic moments that coloured each year’s title fight and had trackside fans cheering! This comprehensive and absorbing account of a uniquely Aussie spectacle is a must for any racefan’s bookshelf.

Supercars the Holden VS Ford Era will be available in July from all good bookstores, online and at Big W, Kmart and Target

Bonus supercars book competition open to Aust and NZ residents subscribing, renewing or extending in print to Australian Muscle Car for a minimum of 2 years between 15/7/21 and 1/9/21. Twenty  ve (25) subscriber will each win a copy of Supercars the Holden VS Ford Era! valued at $39.99. Total prize pool is $999.75. The winners will be drawn on 3/9/21 at Promoter’s premises, 205 Paci c Hwy, St Leonards NSW 2065. The Promoter is nextmedia P/L. Authorised under: NSW Authority No. TP/00372 ACT Permit No. TP 21/00064. Full competition terms can be viewed at www.mymagazines.com.au. Our full Privacy Policy can be found at nextmedia.com.au. 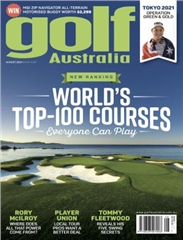